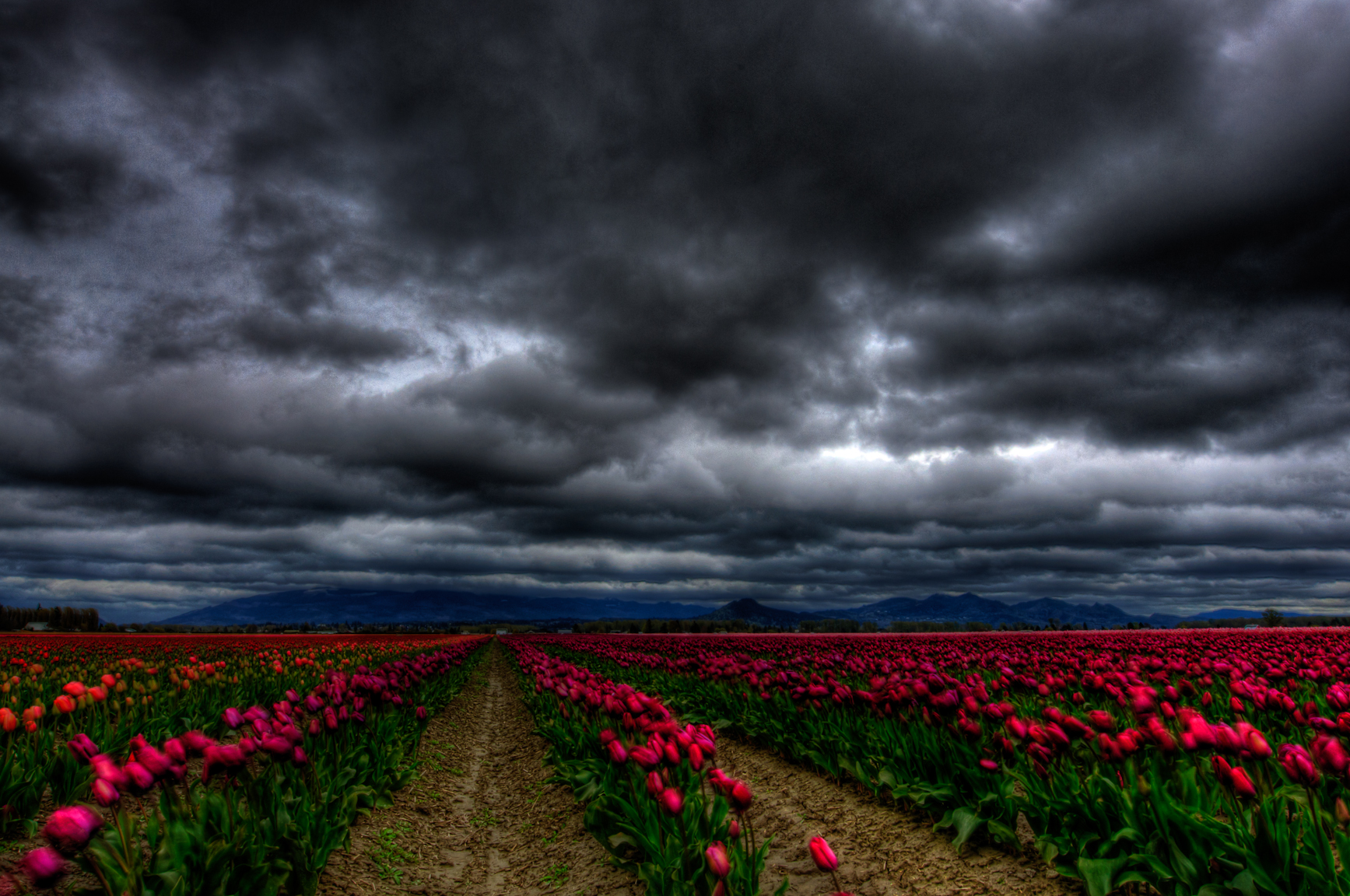 I can now say, at the advanced age of 47, that I no longer take my health for granted. In truth, I’ve always been a bit of a hypochondriac—but, as any hypochondriac aware of the relevant science can tell you, I am perfectly justified in this. If I wash my hands more often than your uncle with obsessive-compulsive disorder does, it’s because hand washing really is the best way to avoid most forms of contagious illness.

Until recently, my physical complaints were always minor and self-limiting, and were invariably treated as such by doctors. When I was in my twenties and thirties, having escaped childhood cancers and other serious strains of bad luck, every doctor knew that whatever seemed to be wrong with me would probably sort itself out. After I turned forty, however, I began to notice a change in attitude: Doctors suddenly took my aches and pains quite seriously. Many seemed frankly open to the possibility that I could die at any moment. Cancer, heart disease, Parkinson’s—these and other delights were now on the menu. The body is like a clock—and it is a perverse one. It is by growing less and less reliable that it signals the passage of time. What time is it now? It’s time to worry about your prostate, you poor son of a bitch…

Everyone understands that aging is a process of losing ground to the conquests of time. But apart from cosmetic changes, my first real experience of the finality of these losses came when I suddenly started experiencing tinnitus after I turned 40. I remember the moment of onset clearly: I was at the 2007 Aspen Ideas Festival and suddenly noticed a high-frequency ringing in my right ear. Seven years have passed, and the ringing hasn’t stopped. Like any other physical complaint, tinnitus can range from the scarcely consequential to the life-wrecking. I would put mine somewhere in between. I certainly mourn the loss of silence. In its place, I have an endless whistle—part cricket, part electrical interference—that makes any condition of external silence unpleasant. This sound is the first thing I notice upon waking, and it waxes and wanes throughout the day. Only significant external noise—a loud restaurant, for instance—can mask it.

On the few occasions when I’ve referred to tinnitus in my work—as an example of a private phenomenon that we can speak about objectively—I’ve heard from readers also suffering from this condition who are extremely grateful to hear it talked about in public. That is one of the reasons I have produced this essay. Many people who experience illness imagine that everyone else is blissfully getting on with life in perfect health—and this illusion compounds their suffering. So while I would generally prefer to keep my health problems private, I’ve been moved by the response I’ve gotten to my mentioning tinnitus in the past—as well as by emails I’ve received from people suffering from conditions far worse—to share my further adventures in the land of illness.

Last fall, in addition to the tinnitus, I began to experience dizziness—an undulating instability reminiscent of one’s first steps on dry land after several days at sea. When seated or standing, I often feel as if I were in a car that has suddenly accelerated or on an elevator that has just begun its descent. Combined with the tinnitus, the feeling recalls the aftermath of having been hit hard in the head. As a martial artist, I left off voluntarily acquiring brain trauma decades ago, but now my bell seems to be perpetually getting rung by an unseen opponent. In the beginning, these vestibular symptoms were accompanied by low-grade nausea. That has abated, thankfully, but my body has remained in the grip of strange new forces for more than six months. This sudden change in my health has given me great respect for how precarious the feeling of physical well-being can be.

As you might imagine, the onset of these symptoms was followed by an increasingly frantic search for a diagnosis and a rational course of treatment. Unfortunately, both have so far eluded me. Because of my tinnitus, episodic hearing loss, and other inner ear symptoms, a diagnosis of Ménière’s disease was tempting—and I lived for several months believing that I had this condition. A few minutes online can yield a bounty of terrors: Ménière’s sufferers sometimes have something called a “drop attack”—a sudden onset of vertigo so severe that it literally knocks them off their feet and keeps them down for hours. There is no acknowledged cure for this condition, and the available treatments seem both risky and ineffective. Receiving a diagnosis of Ménière’s, I was told to go on a low-sodium diet and cut out alcohol and caffeine—life changes that appeared calculated to further depress me.

If it was Ménière’s, however, mine was an atypical case—and rival diagnoses were soon forthcoming. One otologist believes I am suffering from vestibular migraines—for which he prescribed supplements and further dietary restrictions. A neurologist diagnosed me with mal de debarquement (French for “disembarkment sickness”), in which people who have traveled by boat experience a perpetual swaying once they return to land. But I hadn’t traveled by boat, or even by plane, for many months prior to the onset of my symptoms. More important, neither of these diagnoses accounts for my tinnitus. Nevertheless, my neurologist recommended that we treat my disorder empirically, and offered me a long list of anticonvulsants and antidepressants that he thought held promise. Feeling desperate, having suffered for months with no relief in sight, I picked one: Let’s give Cymbalta a try…

Being generally averse to taking medication, and knowing the power of the “nocebo” effect (the evil twin of the placebo effect), I deliberately did not look up the list of side effects for this drug. I also started at half the lowest effective dose. After a day or two, I detected a new form of unpleasantness—a slight stupor—superimposed upon my dizziness. I was also finding it difficult to urinate. On a whim, I consulted the oracle: A Google search for “Cymbalta and diff-” helpfully autocompleted to “Cymbalta and difficulty urinating.” Two minutes of reading convinced me that I was experiencing a rare and worrying side effect of the medication. I stopped taking it at once, but the urinary symptoms persisted. A trip to the urologist delivered a rival diagnosis of prostatitis. Perhaps its onset after my first dose of Cymbalta was just a coincidence. The remedy? “Eat an even more boring diet than the one you’re on for your ear.”

None of these health complaints were life-threatening, but I was beginning to feel like an invalid. And I was now visibly surrounded by the elderly and infirm. There is nothing like the waiting room of a urologist’s office to make one feel that one has grown old before one’s time—except for the waiting room of a hearing and balance specialist. Judging from the look of things, the median age in both places is about eighty. (For years, this also seemed to be the median age of my atheist fans.)

It has been interesting for me, as a proponent of science and skepticism, to experience the feelings of vulnerability and desperation that come with an illness for which science has no clear remedy or even a diagnosis. Acupuncture? Sure, let’s give that a try. Regenokine therapy? It seems to have cured Dana White, the UFC promoter, of his Ménière’s disease. Regenokine is a procedure in which a large sample of one’s own blood is spun, heated, and incubated—and a fraction thereof, thought to contain anti-inflammatory properties, is injected back into the problem area. It is, however, exclusively prescribed for orthopedic injuries. So White’s purported cure was an off-label use of a fringe treatment. It also cost $10,000.

But Regenokine might also heal my injured hip!—another geriatric complaint I had acquired courtesy of my obsession with Brazilian Jiu-jitsu. Injure your neck or your knee, and you will feel like an athlete who must simply bide his time. Injure your hip, and you will feel like someone’s shuffling grandpa. But Kobe Bryant received Regenokine for his knees with apparent success. My friend Joe Rogan had it for his back and is a believer. Six rounds of injections into my hip socket later, I’m not sure it was anything more than a scary form of acupuncture. My hip is a little better, and I’m training in BJJ again—but my recovery could well be explained by the passage of time. I am, however, rather comfortable with needles now.

As someone who will soon release a book about meditation, the illusion of the self, and the transcendence of unnecessary suffering, I feel I should offer some account of how my own mind has fared when tested in this way. I’m happy to say that it is possible to find equanimity in the midst of unpleasant experiences like these. But I am also humbled by how often I forget this.

Framing is an important variable here: If my neighbor had a machine in his backyard that emitted a high-pitched squeal identical to my tinnitus, I would never stop suing him. If his machine was also producing my dizziness, and the law offered no recourse, I might very well enforce a law of my own. However, given that my enemy is my own body, equanimity is much easier to achieve.

Of course, worrying about the future is a recipe for unhappiness. “What if this gets worse? What if I’m permanently incapacitated?” If the answer to a question cannot be known and would serve no purpose even if one could know it, there is no point in asking the question. The truth is that I don’t know how I will feel an hour from now, much less next year.

I have also noticed a propensity in myself to complain—especially to my wife—which seems profoundly unhelpful. Complaining is, nevertheless, a very seductive behavior. Why do I do it? On one level, I am just being honest: I am simply not pretending to feel better than I do. But in rejecting pretense, I am actually increasing my suffering, and worrying my wife in the process. Complaining now strikes me as a toxic form of intimacy. It is surely best to “keep calm and carry on,” as the British wartime slogan ran. Like meditation, this takes practice.

My vestibular symptoms first emerged as I was finalizing the text of Waking Up, so I do not discuss them in the book. The point of this essay is to report that the case I make in the book still stands: Meditation really works—at least at my current level of inconvenience. It is possible to accept the present moment fully, even when it isn’t the present one wants. If this offers encouragement to any of you who are dealing with similar challenges, I will be very happy.