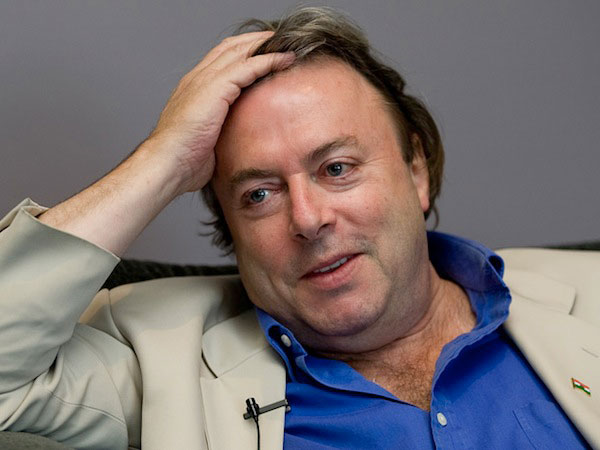 The moment it was announced that Christopher Hitchens was sick with cancer, eulogies began spilling into print and from the podium. No one wanted to deny the possibility that he would recover, of course, but neither could we let the admiration we felt for him go unexpressed. It is a cliché to say that he was one of a kind and none can fill his shoes—but Hitch was and none can. In his case not even the most effusive tributes ring hollow. There was simply no one like him.

One of the joys of living in a world filled with stupidity and hypocrisy was to see Hitch respond. That pleasure is now denied us. The problems that drew his attention remain—and so does the record of his brilliance, courage, erudition, and good humor in the face of outrage. But his absence will leave an enormous void in the years to come. Hitch lived an extraordinarily large life. (Read his memoir, Hitch-22, and marvel.) It was too short, to be sure—and one can only imagine what another two decades might have brought out of him—but Hitch produced more fine work, read more books, met more interesting people, and won more arguments than most of us could in several centuries.

I first met Hitch at a dinner at the end of April 2007, just before the release of his remarkable book god is not Great. After a long evening, my wife and I left him standing on the sidewalk in front of his hotel. His book tour was just beginning, and he was scheduled to debate on a panel the next morning. It was well after midnight, but it was evident from his demeanor that his clock had a few hours left to run. I had heard the stories about his ability to burn the candle at both ends, but staggering there alongside him in the glare of a street lamp, I made a mental note of what struck me as a fact of nature—tomorrow’s panel would be a disaster.

I rolled out of bed the following morning, feeling quite wrecked, to see Hitch holding forth on C-SPAN’s Book TV, dressed in the same suit he had been wearing the night before. Needless to say, he was effortlessly lucid and witty—and taking no prisoners. There should be a name for the peculiar cocktail of emotion I then enjoyed: one part astonishment, one part relief, two parts envy; stir. It would not be the last time I drank it in his honor.

Since that first dinner, I have felt immensely lucky to count Hitch as a friend and colleague—and very unlucky indeed not to have met him sooner. Before he became ill, I had expected to have many more years in which to take his company for granted. But our last meeting was in February of this year, in Los Angeles, where we shared the stage with two rabbis. His illness was grave enough at that point to make the subject of our debate—Is there an afterlife?—seem a touch morbid. It also made traveling difficult for him. I was amazed that he had made the trip at all.

The evening before the event, we met for dinner, and I was aware that it might be our last meal together. I was also startled to realize that it was our first meal alone. I remember thinking what a shame it was—for me—that our lives had not better coincided. I had much to learn from him.

I have been privileged to witness the gratitude that so many people feel for Hitch’s life and work—for, wherever I speak, I meet his fans. On my last book tour, those who attended my lectures could not contain their delight at the mere mention of his name—and many of them came up to get their books signed primarily to request that I pass along their best wishes to him.  It was wonderful to see how much Hitch was loved and admired—and to be able to share this with him before the end.

I will miss you, brother.