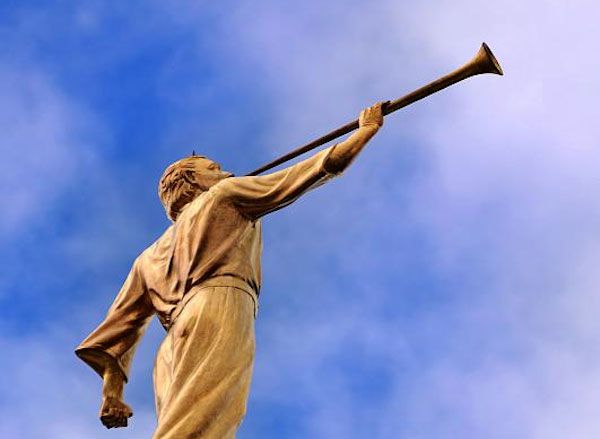 Many people have noticed that there seem to be no new arguments for the truth of any of the world’s religions. I recently stumbled upon one, however, and it has given me a moment’s pause.

The Oxford philosopher Nick Bostrom has argued that our entire cosmos could be running as a simulation on a supercomputer of the future. This, needless to say, is a bizarre claim, but it can be defended with a few surprisingly plausible assumptions:

Bostrom’s first premise is that human consciousness is the product of information processing in the brain. If this is correct, there is probably nothing magical about having the wet stuff of neurons doing the work, and it should be possible to instantiate minds like our own on a computer. Human consciousness, therefore, would be platform independent.

There are smart people who will leap off this train before it leaves the station—the mathematical physicist Roger Penrose thinks that consciousness cannot be the result of mere computation; the computer scientist David Gelernter* believes that consciousness is a matter of computation, but there must be something special about biological neurons.  However, these appear to be minority opinions in the scientific community. The assumption that minds like our own could, in principle, be realized on a computer seems to be on reasonably firm ground.

Bostrom’s second assumption is that if we survive the next few centuries without annihilating ourselves, it is just a matter of time before we build computers capable of running virtual worlds populated by virtual people. Our descendants will likely do this, the way we create video games like The Sims. They might create virtual worlds where simulated ancestors live in circumstances very much like our own. In his paper, Bostrom justifies this assumption using known principles of computation and without assuming any breakthroughs in physics.

Given these premises—that human consciousness is purely the product of computation; that our computing power will continue to grow; and that our descendants will build simulated worlds—it seems tempting to conclude that simulated people will eventually outnumber all the real people who have ever lived. Statistically, therefore, it is more likely that we are simulated ancestors, living in a simulated world, rather than real ancestors of the real, supercomputing people of the future.

This is, of course, a very strange idea. And here is my own contribution: add to this strangeness the possibility that the supercomputing people of the future will build into their virtual worlds the truth of Mormonism, or some other faith that seems like it could not possibly be true at present. In which case, we may, in fact, be living in a world in which Jesus will return on clouds of glory to judge the living and the dead. Perversely, this could be a self-fulfilling prophecy: given how beguiled people have been by religious mythology throughout our history, our descendants might engineer specific religious doctrines into their virtual worlds just for the hell of it.

Of course, this is not an entirely serious conjecture, but it is not entirely unserious either. It isn’t obvious to me that there is something wrong with Bostrom’s simulation argument. It really does seem that one of these propositions must be true: Either (1) consciousness is not a matter of computation and cannot be simulated, or (2) we never do simulate it as a matter of fact (perhaps because we destroy ourselves in the interim), or (3) we stand a good chance of living in a simulation—to which I add a theological twist: This simulated cosmos might be every bit as ridiculous as Joseph Smith said it was.

* [Note: A reader, Graham Warner, has pointed out that my original inclusion of the philosopher John Searle along with David Gelernter was misleading, and I agree. Searle often argues that “information” and “computation” do not exist in the real world, the way synapses and electrical potentials do, and this view leads him to resist any description of the human mind as the product of “information processing” or of the brain as a biological “computer.”  However, Searle does not actually deny that consciousness could be instantiated on a nonbiological “computer” that emulated all the causal properties of the human brain.]