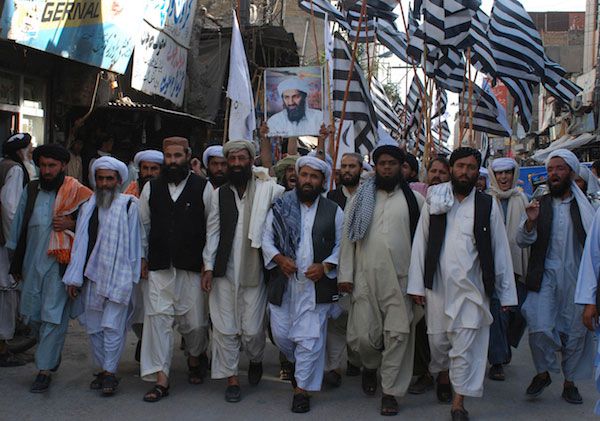 President Obama has announced that the U.S. government will not release photos of Osama bin Laden’s corpse. I don’t know which fact is more alarming, that this appears to have been a very difficult decision or that the head of the CIA believes that these photos will leak in any case. Officially placating the conspiracy theorists of the Muslim world would have been fatuous in the extreme. Let them waste their lives chasing bin Laden’s ghost. But the idea that we cannot contain a few photos beggars belief. Which member of Seal Team 6 is going to put them on his Facebook page?

Of course, catering to the doubts of conspiracy theorists wouldn’t have been as craven as the pains we took to bury bin Laden in compliance with shariah law. Apologists for Islam insist that bin Laden was a terrible Muslim who represented no genuine strand of the faith. One wonders, therefore, who would have been offended if we had just kicked his corpse into the sea without a word. Indeed, one might wonder why our government wasn’t afraid to grant this ghoulish man full Muslim honors. Shouldn’t this have offended the true adherents of so peaceful and tolerant a religion?

In any case, it is time we ignored the fathomless depths of Muslim “sensitivity” on such matters. Anyone provoked by our denying bin Laden his last rites would have thereby declared himself an enemy of civilization. Why not allow such people to step forward so that they can be photographed (as above)?

And we should not let the hopefulness of this moment go to our heads. Thomas Friedman has grown so manic as to imagine that bin Laden was never very popular among Muslims in the first place:

Very few Arabs actively supported Bin Laden, but he initially drew significant passive support for his fist in the face of America, the Arab regimes and Israel. But as Al Qaeda was put on the run, and spent most of its energies killing other Muslims who didn’t toe its line, even its passive support melted away (except for the demented leadership of Hamas).

Here, Friedman has taken flight on the fairy wings of false nuance. Support for bin Laden, al Qaeda, and the practice of suicide bombing—passive or otherwise—was shockingly high in almost every Muslim community where one could safely conduct a poll in the aftermath of September 11th, 2001. Yes, these terrifying sentiments are on the wane in most places. How could they not be? As Friedman points out, Al Qaeda has done little more than slaughter innocent Muslims in the meantime. But current levels of admiration for bin Laden are still appalling. Let’s hope the downward trend continues and that someday a mere 10 percent of Muslims support global jihad. Today, this would equate to 150 million people. Winning the war of ideas to this degree would represent extraordinary progress. But the existence of 150 million friends of bin Laden, spread over scores of countries, would still be no small problem for the rest of us.