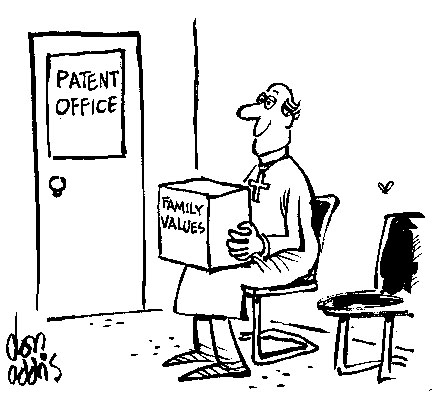 Since the publication of my first book, The End of Faith, I have received thousands of letters and e-mails from religious believers insisting that I am wrong not to believe in God. Invariably, the most unpleasant of these communications have come from Christians. This is ironic, as Christians generally believe that no faith imparts the virtues of love and forgiveness more effectively than their own. Please accept this for what it is: the testimony of a man who is in a position to observe how people behave when their faith is challenged. Many who claim to have been transformed by Christ’s love are deeply, even murderously, intolerant of criticism. While you may ascribe this to human nature, it is clear that the hatred these people feel comes directly from the Bible. How do I know this? Because the most deranged of my correspondents always cite chapter and verse.

Before I present some of my reasons for rejecting your faith-which are also my reasons for believing that you, too, should reject it-I want to acknowledge that there are a few things that you and I agree about. We agree that, if one of us is right, then the other is wrong. The Bible either is the word of God, or it isn’t. Either Jesus offers humanity the one, true path to salvation (John 14:6), or he does not. We agree that to be a real Christian is to believe that all other faiths are in error and profoundly so. If Christianity is correct, and I persist in my unbelief, I should expect to suffer the torments of hell. Worse still, I have persuaded others, many close to me, to persist in a state of unbelief. They, too, will languish in “everlasting fire” (Matthew 25:41). If the claims of Christianity are true, I will have realized the worst possible outcome of a human life. The fact that my continuous and public rejection of Christianity does not worry me should suggest to you just how unsatisfactory I think your reasons for being a Christian are.

You believe that the Bible is the literal (or inspired) word of God and that Jesus is the Son of God-and you believe these propositions because you think they are true, not merely because they make you feel good. You may wonder how it is possible for a person like myself to find these sorts of assertions ridiculous. While it is famously difficult for atheists and believers to communicate about these matters, I am confident that I can give you a very clear sense of what it feels like to be an atheist.Consider: every devout Muslim has the same reasons for being a Muslim that you now have for being a Christian. And yet, you know exactly what it is like not to find these reasons compelling. On virtually every page, the Qur’an declares that it is the perfect word of the Creator of the universe. Muslims believe this as fully as you believe the Bible’s account of itself. There is a vast literature describing the life of Muhammad that, from the Muslim point of view, proves his unique status as the Prophet of God. While Muhammad did not claim to be divine, he claimed to offer the most perfect revelation of God’s will. He also assured his followers that Jesus was not divine (Qur’an 5:71-75; 19:30-38) and that anyone who believed otherwise would spend eternity in hell. Muslims are convinced that Muhammad’s pronouncements on these subjects, as on all others, are infallible.

Why don’t you find these claims convincing? Why don’t you lose any sleep over whether or not you should convert to Islam? Please take a moment to reflect on this. You know exactly what it is like to be an atheist with respect to Islam. Isn’t it obvious that Muslims are not being honest in their evaluation of the evidence? Isn’t it obvious that anyone who thinks that the Qur’an is the perfect word of the Creator of the universe has not read the book very critically? Isn’t it obvious that Muslims have developed a mode of discourse that seeks to preserve dogma, generation after generation, rather than question it? Yes, these things are obvious. Understand that the way you view Islam is precisely the way every Muslim views Christianity. And it is the way I view all religions.

Christians regularly assert that the Bible predicts future historical events. For instance, Deuteronomy 28:64 says, “The Lord will scatter you among the nations from one end of the earth to the other.” Jesus says, in Luke 19:43-44, “The days will come upon you when your enemies will build an embankment against you and encircle you in on every side. They will dash you to the ground, you and the children within your walls. They will not leave one stone on another, because you did not recognize the time of God’s coming to you.” We are meant to believe that these utterances predict the subsequent history of the Jews with such uncanny specificity so as to admit of only a supernatural explanation. It is on the basis of such reasoning that 44 percent of the American population now believes that Jesus will return to earth to judge the living and the dead sometime in the next fifty years.

But just imagine how breathtakingly specific a work of prophecy could be if it were actually the product of omniscience. If the Bible were such a book, it would make specific, falsifiable predictions about human events. You would expect it to contain a passage like, “In the latter half of the twentieth century, humankind will develop a globally linked system of computers-the principles of which I set forth in Leviticus-and this system shall be called the Internet.” The Bible contains nothing remotely like this. In fact, it does not contain a single sentence that could not have been written by a man or woman living in the first century.

Take a moment to imagine how good a book could be if it were written by the Creator of the universe. Such a book could contain a chapter on mathematics that, after two thousand years of continuous use, would still be the richest source of mathematical insight the earth has ever seen. Instead, the Bible contains some very obvious mathematical errors. In two places, for instance, the Good Book gives the ratio of a circumference of a circle to its diameter as simply 3 (1 Kings 7: 23-26 and 2 Chronicles 4: 2-5). We now refer to this constant relation with the Greek letter p. While the decimal expansion of p runs to infinity-3.1415926535 . . .-we can calculate it to any degree of accuracy we like. Centuries before the oldest books of the Bible were written, both the Egyptians and Babylonians approximated p to a few decimal places. And yet the Bible-whether inerrant or divinely inspired-offers us an approximation that is terrible even by the standards of the ancient world. Needless to say, many religious people have found ingenious ways of rationalizing this. And yet, these rationalizations cannot conceal the obvious deficiency of the Bible as a source of mathematical insight. It is absolutely true to say that, if Archimedes had written a chapter of the Bible, the text would bear much greater evidence of the author’s “omniscience.

Why doesn’t the Bible say anything about electricity, about DNA, or about the actual age and size of the universe? What about a cure for cancer? Millions of people are dying horribly from cancer at this very moment, many of them children. When we fully understand the biology of cancer, this understanding will surely be reducible to a few pages of text. Why aren’t these pages, or anything remotely like them, found in the Bible? The Bible is a very big book. There was room for God to instruct us on how to keep slaves and sacrifice a wide variety of animals. Please appreciate how this looks to one who stands outside the Christian faith. It is genuinely amazing how ordinary a book can be and still be thought the product of omniscience.

If you have read my letter this far, one of two things has happened. Either you have perceived some error that is genuinely fatal to my argument, or you have ceased to be a Christian. Please don’t hesitate to contact me with any errors you may have found. You could yet save me the torments of hell.