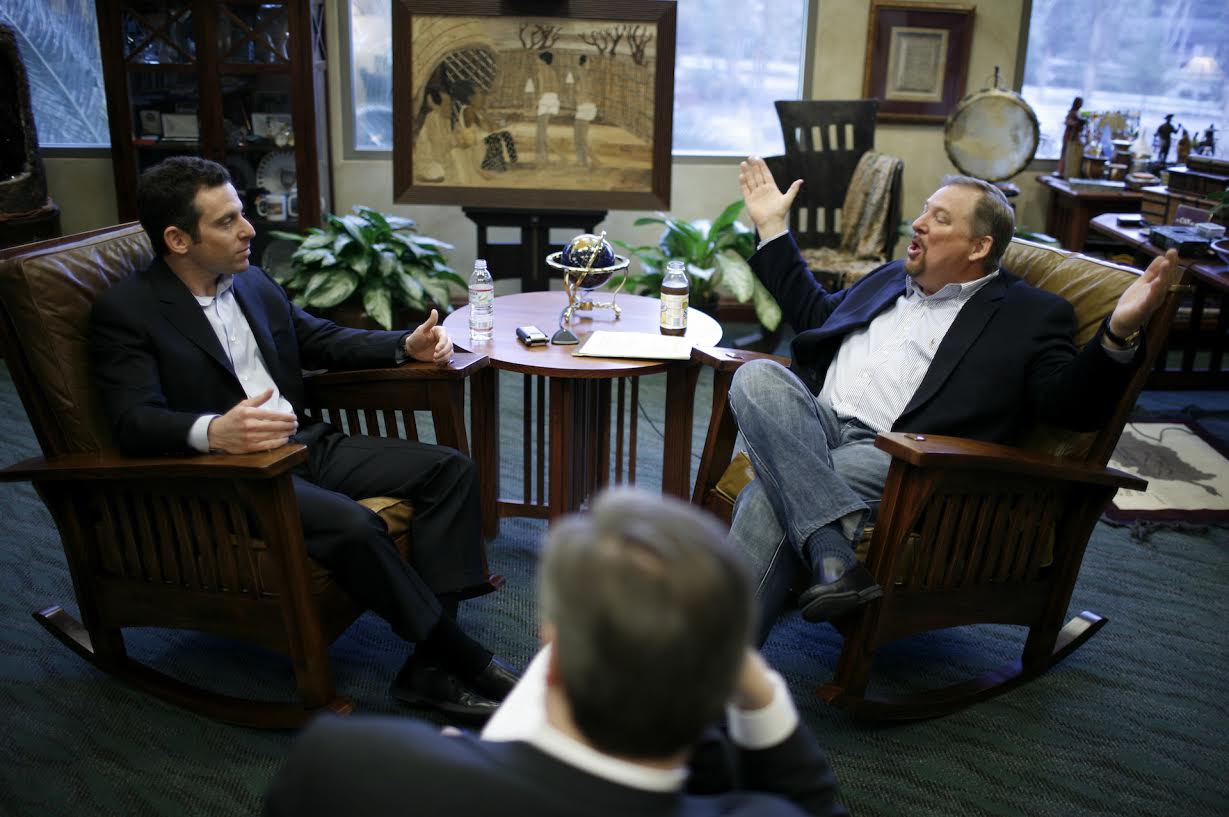 From the Introductory Essay: “Is God Real?”, by Jon Meacham

If you know anything about the two men, you will not find their answers surprising. The details of their arguments and the play of their minds, however, shed light on the nature of the clash about religion at this moment in America. Warren believes in the God of Abraham as revealed by Scripture, tradition and reason; Jesus is Warren’s personal savior and was, Warren argues, who he said he was: the Son of God. Harris, naturally, takes a different view. “I no more believe in the Biblical God than I believe in Zeus, Isis, Thor and the thousands of other dead gods that lie buried in the mass grave we call ‘mythology’,” Harris says. “I doubt them all equally and for the same reason: lack of evidence”…

Rick Warren is as big as a bear, with a booming voice and easygoing charm. Sam Harris is compact, reserved and, despite the polemical tone of his books, friendly and mild. Warren, one of the best-known pastors in the world, started Saddleback in 1980; now 25,000 people attend the church each Sunday. Harris is softer-spoken; paragraphs pour out of him, complex and fact-filled— as befits a Ph.D. student in neuroscience. At NEWSWEEK’s invitation, they met in Warren’s office recently and chatted, mostly amiably, for four hours. Jon Meacham moderated. Excerpts follow.