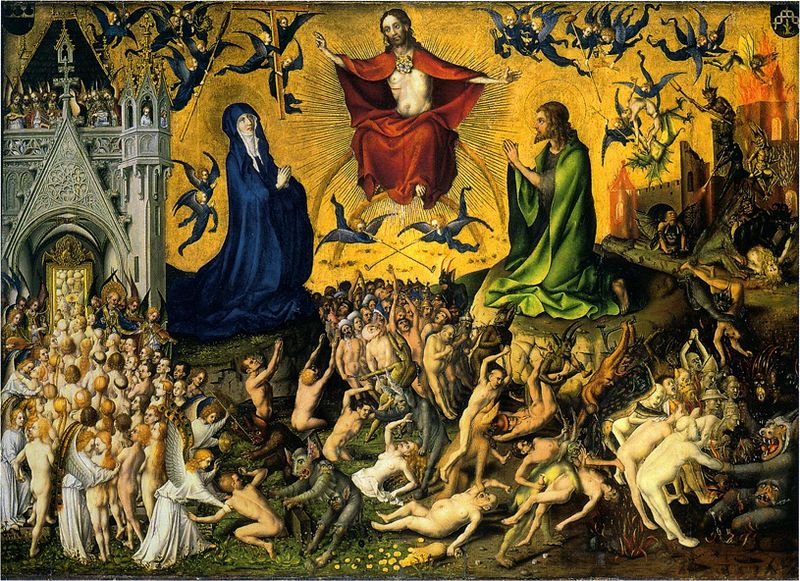 Christopher Hitchens and I recently debated Rabbi David Wolpe and Rabbi Bradley Artson on the question, “Is There an Afterlife.” (Video of the event can be viewed here.) Most modern Jews are rather noncommittal on the afterlife, and this queasiness was in evidence throughout our exchange. Hitch and I were expected to say that (1) we do not know what happens after death, or (2) we are reasonably sure nothing does—and we struck both of these notes by turns. The problem, however, was that our friends in the clergy were eager to assert (1) as well.

There is neither Jewish faith nor any attachment to the Jewish faith, for an individual who does not believe in this. (Introduction to Perek Helek).

Concerning this, there has never been heard any disagreement in our nation, nor does it have any [allegorical] interpretation [other than its literal meaning]. Nor is it permissible to rely upon any individual who believes otherwise. (from his commentary to the Mishnah).

And the relevant Bible verses read:

Thy dead shall live, my dead bodies shall arise, awake and sing, ye that dwell in the dust, for thy dew is as the dew of light, and the earth shall bring to life the shades.
(Isaiah 26:19)

And many of them that sleep in the dust of the earth shall awake, some to everlasting life, and some to reproaches and everlasting abhorrence. (Daniel 12:2).

People of faith tend to ignore the coming resurrection of the dead—perhaps because the idea is so obviously preposterous. And yet this is precisely the form of afterlife one must expect if one is to be a serious Jew, Christian, or Muslim. Devout Muslims may not yet doubt this, but most Jews and Christians have begun to waver. In fact, scarcely 20% of American Christians understand that they have been promised a physical afterlife. Most seem to believe that they will travel to heaven at the moment of death, leaving their corpses behind forever. But Judaism, Christianity, and Islam are in full accord on this point: God intends to do the humble work of reassembling our bodies on the Day of Judgment. The problem, of course, is that it is very difficult to imagine how even an omniscient and omnipotent God could accomplish such a feat.

Many people have heard that each cell in the human body is replaced every seven years. This is not quite true: Some cells, particularly in the brain, are never replaced—and other tissues renew themselves at different rates, ranging from 5 days for the lining of the gut to 15 years for some skeletal muscles. Nevertheless, it is true that there is nearly a complete turnover of our physical bodies every decade or so. We continually shed our constituent atoms into the world and acquire new ones in the process. Some of these elements eventually find their way in the bodies of other human beings. Parts of Alexander the Great, Edgar Allan Poe, and every other person you could name quite literally live on within us at this moment. How is God, in all His goodness and ingenuity, going to sort this out?

And at which stage of life will we be resurrected? If a man dies at age 90, hobbled by age, will he be condemned to live in this state for eternity? If a woman has lost a limb, will she be given a new one on the Day of Judgment? If a person dies as an infant, not yet able to speak, will he be resurrected in a tiny body but given adult faculties?

St. Augustine—whom Hitch referred to in our debate as a “sadistic, North African, pseudo-intellectual”—purported to solve these many riddles for Christianity in his magnum opus, City of God. Apparently, the resurrected will look like themselves at age 30, which was the age of Jesus at the time of the crucifixion. Infants and children will be aged to appear as they would have looked, had they reached this sublime maturity in life. And those who make it to heaven will look better than they did on earth: The fat will be made thin. The skinny will be given a bit of muscle. All women will be extremely beautiful—but in such a way as to not inspire lust in the hearts of men. (Think Audrey Hepburn in Breakfast at Tiffany’s.) To give you at taste of just how loony Augustine’s theology is, consider:

19. That all bodily blemishes which mar human beauty in this life shall be removed in the resurrection, the natural substance of the body remaining, but the quality and quantity of it being altered so as to produce beauty.

What am I to say now about the hair and nails? Once it is understood that no part of the body shall so perish as to produce deformity in the body, it is at the same time understood that such things as would have produced a deformity by their excessive proportions shall be added to the total bulk of the body, not to parts in which the beauty of the proportion would thus be marred. Just as if, after making a vessel of clay, one wished to make it over again of the same clay, it would not be necessary that the same portion of the clay which had formed the handle should again form the new handle, or that what had formed the bottom should again do so, but only that the whole clay should go to make up the whole new vessel, and that no part of it should be left unused. “Wherefore, if the hair that has been cropped and the nails that have been cut would cause a deformity were they to be restored to their places, they shall not be restored; and yet no one will lose these parts at the resurrection, for they shall be changed into the same flesh, their substance being so altered as to preserve the proportion of the various parts of the body. However, what our Lord said, “Not a hair of your head shall perish,” might more suitably be interpreted of the number, and not of the length of the hairs, as He elsewhere says, “The hairs of your head are all numbered.” (City of God, book XXII)

That Augustine could furnish answers to such questions is impressive. It also shows that the man was either utterly dishonest or insane. How did he know any of these things? He didn’t, of course. Like all such theology, Augustine’s account of the Resurrection was simply a Dark Age confabulation. In other words, it was bullshit—a concept that has since been given a much need technical analysis by the philosopher Harry Frankfurt in his wonderful essay, On Bullshit

. What is the difference between bullshit and lies? Bullshitting often entails lying, of course, but Frankfurt shows that they are not the same. When a person is merely lying, he must still keep the truth in view. He must at least give the appearance of intellectual honesty. The bullshitter knows no such constraints. He takes no notice of the truth, or of the reasonable expectations others might have about it. The bullshitter just keeps talking.

And that is what religion has done: It has just kept talking, down through the ages, in utter defiance of common sense.