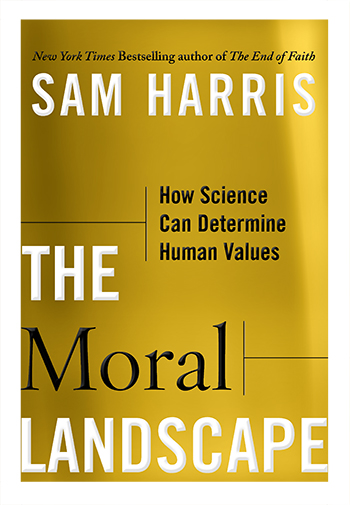 It has been nearly three years since The Moral Landscape was first published in English, and in that time it has been attacked by readers and nonreaders alike. Many seem to have judged from the resulting cacophony that the book’s central thesis was easily refuted. However, I have yet to encounter a substantial criticism that I feel was not adequately answered in the book itself (and in subsequent talks).

So I would like to issue a public challenge. Anyone who believes that my case for a scientific understanding of morality is mistaken is invited to prove it in under 1,000 words. (You must address the central argument of the book—not peripheral issues.) The best response will be published on this website, and its author will receive $2,000. If any essay actually persuades me, however, its author will receive $20,000,* and I will publicly recant my view.

Submissions will be accepted here the week of February 2-9, 2014.

1. You have said that these essays must attack the “central argument” of your book. What do you consider that to be?

Here it is: Morality and values depend on the existence of conscious minds—and specifically on the fact that such minds can experience various forms of well-being and suffering in this universe. Conscious minds and their states are natural phenomena, fully constrained by the laws of the universe (whatever these turn out to be in the end). Therefore, questions of morality and values must have right and wrong answers that fall within the purview of science (in principle, if not in practice). Consequently, some people and cultures will be right (to a greater or lesser degree), and some will be wrong, with respect to what they deem important in life.

You might want to read what I’ve already written in response to a few critics. (A version of that article became the Afterword to the paperback edition of The Moral Landscape.) I also recommend that you watch the talk I linked to above.

2. Can you give some guidance as to what you would consider a proper demolition of your thesis?

If you show (1) that my “worst possible misery for everyone” argument fails, or (2) that other branches of science are self-justifying in a way that a science of morality could never be, or (3) that my analogy to a landscape of multiple peaks and valleys is fatally flawed, or (4) that the fact/value distinction holds in a way that I haven’t yet understood, —you stand a very good chance of torpedoing my argument and changing my mind.

3. What sort of criticism is likely to be ineffective?

You will not win this prize if you attack views I don’t actually hold—which you will probably do if you fail to notice the distinction I make between answers in practice and answers in principle, or if you narrowly define science to mean finding the former while wearing a white lab coat, or if you imagine me to be saying that scientists are more moral than farmers and bricklayers, or if, like the philosopher Patricia Churchland, you manage to do all those things with an air of scornful pomposity appropriate to a Monty Python routine.

If my core arguments are as misguided as many people apparently believe, it should be easy. However, I have imposed this word limit merely to make the job of vetting the entries manageable. Assuming that the winning essay is a good one, it will most likely serve as an opening statement in a longer exchange. I will give the winning author every reasonable opportunity to persuade me and claim the larger prize.

5. Perhaps I’m being too cynical, but I don’t think anyone will win any money here.

Well, assuming that I receive a single publishable essay, someone is bound to win $2,000. So, yes, you are being too cynical.

6. What do you hope will come from this contest?

I hope to receive at least one essay that presents a very serious challenge to my view. And then I hope to answer that challenge successfully, in a responding essay, or in a written exchange with the author. The second-best case (from my perspective) would be to confront a criticism that I can’t answer, but which I recognize as fatal to my thesis. I would then concede defeat and pay the author the tenfold prize. More generally, I hope to inspire readers—especially students—to debate these ideas.

7. Shouldn’t you provide “official rules” for this contest so that some lunatic who writes an essay channeling Aleister Crowley can’t sue you for not recognizing his brilliance?

A few reasons: I want to encourage people to do quality work; I don’t want to receive multiple drafts; and I won’t have time to read any submissions until then.

9. With you as the judge, how can we trust that the best attack on your thesis will see the light of day?

Having fielded several accusations that this contest will be rigged—if not by design, then by my own ignorance and bias—I reached out to the philosopher Russell Blackford for help. Russell is among the most energetic critics of The Moral Landscape, and I am very happy to say that he has agreed to judge the submissions, introduce the winning essay, and evaluate my response.

Of course, only I can say whether I find the winning essay persuasive enough to trigger a change in my position (and the larger prize). But if I’m not persuaded, I’ll have to explain why, and Russell will be there to see that I do so without dodging any important points.

10. Why are you issuing this challenge? Science isn’t advanced by contests. Isn’t there something tawdry about offering money for someone to critique your work? This looks like nothing more than a publicity stunt designed to sell books. If you were serious about engaging with your philosophical critics, you would submit your work to an academic journal of philosophy.

I disagree on all counts. Contests are fun and motivating. And, the truth is, I don’t expect to sell many books by issuing this challenge (certainly not enough to cover the grand prize, should the winning essay change my view).  I have also given essayists all the resources they need (a lecture and an article) to attack my position. This isn’t about selling books; it’s about engaging with readers—especially those who remain critical of my position on moral truth.

As for the claim that philosophical debates are best pursued in academic journals, I think you are mistaken. More people will read the winning essay on my blog than are likely to read any paper published in an academic journal next year—or any year thereafter. This is not a boast about how much traffic my blog gets, merely a statement about how few people read academic journals. Ideas matter—and philosophy is the art of thinking about them rigorously. In my view, that should be done in as public a forum as possible.

11. It just seems unlikely that anybody could convince you in 1000 words, given how unimpressed you’ve been with existing criticisms. That’s what makes this whole thing seem like a publicity stunt or otherwise intellectually dishonest. You seem to think that issuing a public challenge of this kind is both brave and generous, but it actually appears petty and self-serving.

Take a moment to see things from my side. I haven’t encountered a single significant criticism of The Moral Landscape that has made any sense to me. You might attribute this to my own stupidity, or to confirmation bias, or to just bad luck, but everything that I’ve read and heard either fails to engage with my argument, distorts it, or raises spurious objections which, if taken seriously, would vitiate all of science. And yet I’m continually confronted by people who believe that there is a knock down argument against my thesis that is well known to everyone. This has been frustrating, to say the least.

And take a moment to think about what I’m doing. I’ve invited more or less any philosopher or grad student on earth to smash me on my own website. The submissions will be vetted by a moderator, Russell Blackford, who is hostile to my view, and he will also critique my response. The winning essay will be published, and its author is guaranteed to get $2,000. At least 300,000 people will read our exchange in the first month alone. If I had wanted to be self-serving, I could have called for essays that agree with my thesis. (In fact, many readers have urged me to do this.)

So what have I done? I’ve essentially engineered my own philosophical intervention and inspired people to produce more negative reviews of my work. Anyone is free to demolish me—and if they don’t win this contest, they are free to publish their criticism elsewhere. Yes, only I can judge whether my views have been changed by the winning essay. But this is just an epistemological fact, not some loophole I’ve created to let myself off the hook.

Do I think it likely that my mind will be changed? No—because I don’t currently see how I’m in danger of being wrong. But it could change. Like any scientist or philosopher, I don’t want to be wrong a moment longer than I need to be (certainly not in public).

Once again, each submission should be considered the opening volley in what will almost certainly be a longer exchange. My goal with this contest is to elicit the hardest challenge I can find and to deal with it, or fail to, once and for all. I can’t see what is intellectually dishonest about that.