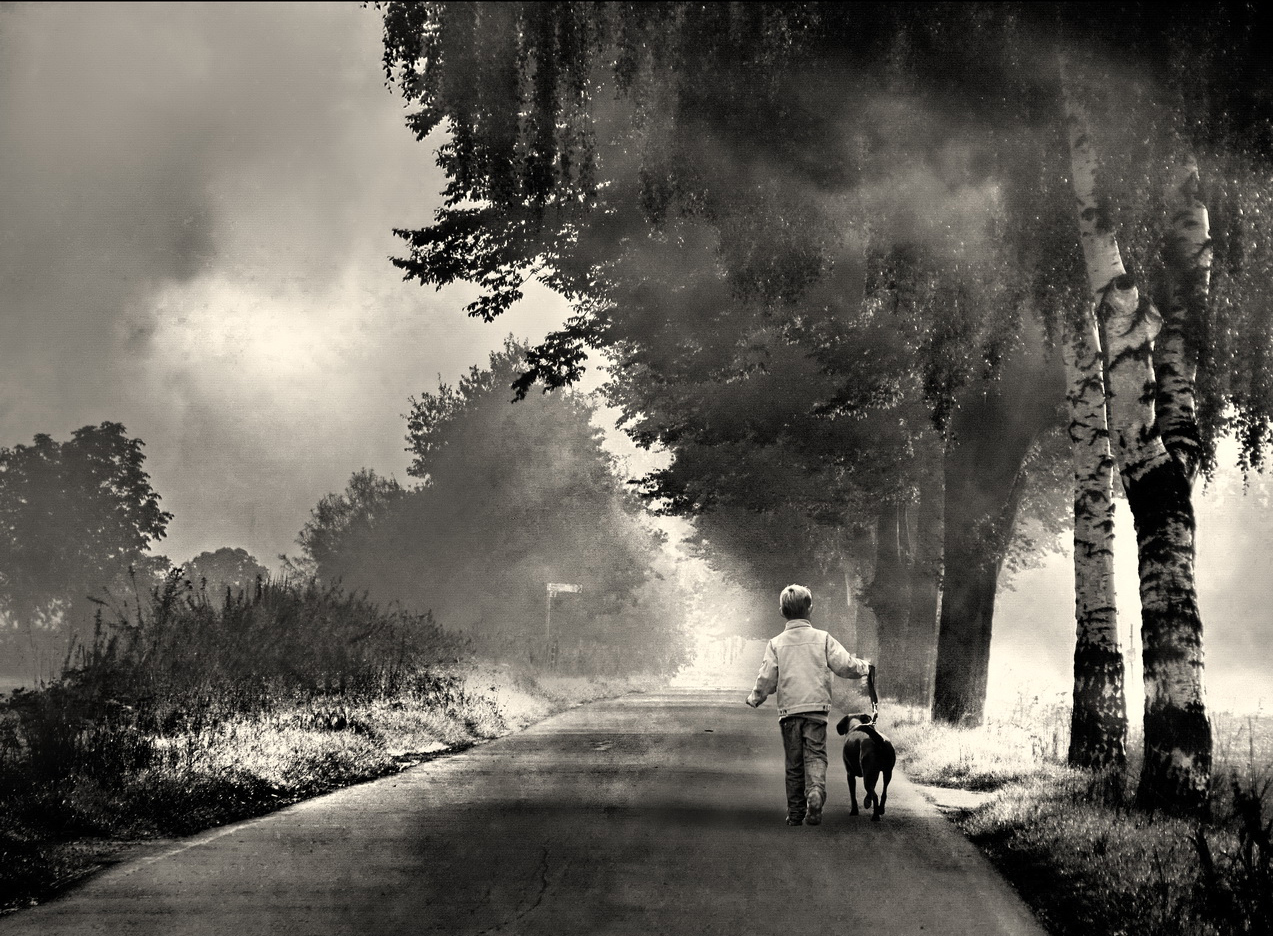 The universe is filled with physical phenomena that appear devoid of consciousness. From the birth of stars and planets, to the early stages of cell division in a human embryo, the structures and processes we find in Nature seem to lack an inner life. At some point in the development of certain complex organisms, however, consciousness emerges. This miracle does not depend on a change of materials—for you and I are built of the same atoms as a fern or a ham sandwich. Rather, it must be a matter of organization. Arranging atoms in a certain way appears to bring consciousness into being. And this fact is among the deepest mysteries given to us to contemplate.

Many readers of my previous essay did not understand why the emergence of consciousness should pose a special problem to science. Every feature of the human mind and body emerges over the course development: Why is consciousness more perplexing than language or digestion? The problem, however, is that the distance between unconsciousness and consciousness must be traversed in a single stride, if traversed at all. Just as the appearance of something out of nothing cannot be explained by our saying that the first something was “very small,” the birth of consciousness is rendered no less mysterious by saying that the simplest minds have only a glimmer of it.

This situation has been characterized as an “explanatory gap” and the “hard problem of consciousness,” and it is surely both. I am sympathetic with those who, like the philosopher Colin McGinn and the psychologist Steven Pinker, have judged the impasse to be total: Perhaps the emergence of consciousness is simply incomprehensible in human terms. Every chain of explanation must end somewhere—generally with a brute fact that neglects to explain itself. Consciousness might represent a terminus of this sort. Defying analysis, the mystery of inner life may one day cease to trouble us.

However, many people imagine that consciousness will yield to scientific inquiry in precisely the way that other difficult problems have in the past. What, for instance, is the difference between a living system and a dead one? Insofar as the question of consciousness itself can be kept off the table, it seems that the difference is now reasonably clear to us. And yet, as late as 1932, the Scottish physiologist J.S. Haldane (father of J.B.S. Haldane) wrote:

What intelligible account can the mechanistic theory of life give of the…recovery from disease and injuries? Simply none at all, except that these phenomena are so complex and strange that as yet we cannot understand them. It is exactly the same with the closely related phenomena of reproduction. We cannot by any stretch of the imagination conceive a delicate and complex mechanism which is capable, like a living organism, of reproducing itself indefinitely often.

Scarcely twenty years passed before our imaginations were duly stretched. Much work in biology remains to be done, of course, but anyone who entertains vitalism at this point stands convicted of basic ignorance about the nature of living systems. The jury is no longer out on questions of this sort, and more than half a century has passed since the earth’s creatures required an élan vital to propagate themselves or to recover from injury. Are doubts that we will arrive at a physical explanation of consciousness analogous to doubts about the feasibility of explaining life in terms of processes that are not alive?

The analogy is a bad one: Life is defined according to external criteria; Consciousness is not (and, I think, cannot be). We would never have occasion to say of something that does not eat, excrete, grow, or reproduce that it might nevertheless be “alive.” It might, however, be conscious.

But other analogies seem to offer hope. Consider our sense of sight: Doesn’t vision emerge from processes that are themselves blind? And doesn’t such a miracle of emergence make consciousness seem less mysterious?

Unfortunately, no. In the case of vision, we are speaking merely about the transduction of one form of energy into another (electromagnetic into electrochemical). Photons cause light-sensitive proteins to alter the spontaneous firing rates of our rods and cones, beginning an electrochemical cascade that affects neurons in many areas of the brain—achieving, among other things, a topographical mapping of the visual scene onto the visual cortex. While this chain of events is complicated, the fact of its occurrence is not in principle mysterious. The emergence of vision from a blind apparatus strikes us as a difficult problem simply because when we think of vision, we think of the conscious experience of seeing. That eyes and visual cortices emerged over the course of evolution presents no special obstacles to us; that there should be “something that it is like” to be the union of an eye and a visual cortex is itself the problem of consciousness—and it is as intractable in this form as in any other.

But couldn’t a mature neuroscience nevertheless offer a proper explanation of human consciousness in terms of its underlying brain processes? We have reasons to believe that reductions of this sort are neither possible nor conceptually coherent. Nothing about a brain, studied at any scale (spatial or temporal), even suggests that it might harbor consciousness. Nothing about human behavior, or language, or culture, demonstrates that these products are mediated by subjectivity. We simply know that they are—a fact that we appreciate in ourselves directly and in others by analogy.

Here is where the distinction between studying consciousness and studying its contents becomes paramount. It is easy to see how the contents of consciousness might be understood at the level of the brain. Consider, for instance, our experience of seeing an object—its color, contours, apparent motion, location in space, etc. arise in consciousness as a seamless unity, even though this information is processed by many separate systems in the brain. Thus when a golfer prepares to hit a shot, he does not first see the ball’s roundness, then its whiteness, and only then its position on the tee. Rather, he enjoys a unified perception of a ball. Many neuroscientists believe that this phenomenon of “binding” can be explained by disparate groups of neurons firing in synchrony. Whether or not this theory is true, it is perfectly intelligible—and it suggests, as many other findings in neuroscience do, that the character of our experience can often be explained in terms of its underlying neurophysiology. However, when we ask why it should be “like something” to see in the first place, we are returned to the mystery of consciousness in full.

For these reasons, it is difficult to imagine what experimental findings could render the emergence of consciousness comprehensible. This is not to say, however, that our understanding of ourselves won’t change in surprising ways through our study of the brain. There seems to be no limit to how a maturing neuroscience might reshape our beliefs about the nature of conscious experience. Are we fully conscious during sleep and merely failing to form memories? Can human minds be duplicated or merged? Is it possible to love your neighbor as yourself? A precise, functional neuroanatomy of our mental states would help to answer such questions—and the answers might well surprise us. And yet, whatever insights arise from correlating mental and physical events, it seems unlikely that one side of the world will be fully reduced to the other.

While we know many things about ourselves in anatomical, physiological, and evolutionary terms, we do not know why it is “like something” to be what we are. The fact that the universe is illuminated where you stand—that your thoughts and moods and sensations have a qualitative character—is a mystery, exceeded only by the mystery that there should be something rather than nothing in this universe. How is it that unconscious events can give rise to consciousness? Not only do we have no idea, but it seems impossible to imagine what sort of idea could fit in the space provided. Therefore, although science may ultimately show us how to truly maximize human well-being, it may still fail to dispel the fundamental mystery of our mental life. That doesn’t leave much scope for conventional religious doctrines, but it does offer a deep foundation (and motivation) for introspection. Many truths about ourselves will be discovered in consciousness directly, or not discovered at all.