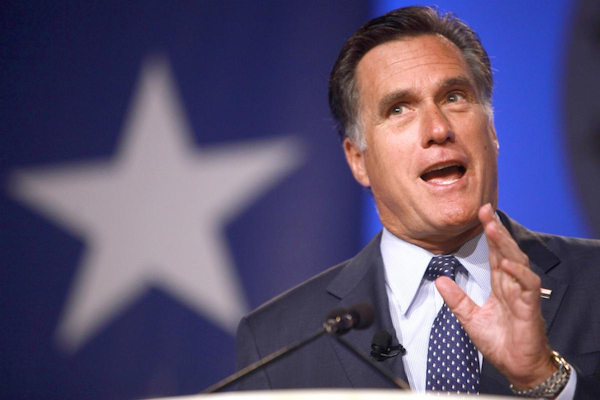 Governor Mitt Romney has yet to persuade the religious conservatives in his party that he is fit to be President of the United States. However, he could probably appease the Republican base and secure his party’s nomination if he made the following remarks prior to the South Carolina Primary:

I would like to address your lingering concerns about my candidacy. Some of you have expressed doubts about my commitment to a variety of social causes—and some have even questioned my religious faith. Tonight, I will speak from the heart about the values that unite us.

First, on the subject of gay rights, let me make my position perfectly clear: I am as sickened by homosexuality as any man or woman in this country. It is true that I wrote a letter in 1994 where I said that “we must make equality for gays and lesbians a mainstream concern,” and for this I have been mocked and pilloried, especially by Evangelicals. But ask yourselves, what did I mean by “equality”? I meant that all men and women must be given an equal chance to live a righteous life.

Yes, I once reached out to the Log Cabin Republicans—the gays in our party. Many people don’t know that there are gay Republicans, but it is true. Anyway, in a letter to this strange group, I pledged to do more for gay rights than Senator Edward Kennedy ever would.

Well, Senator Kennedy is now deceased—so I don’t have to do much to best him and keep my promise. But, more to the point, ask yourselves, what did I mean by “rights”? I meant that every man and woman has a right to discover the love of Jesus Christ and win life eternal. What else could I have meant? Seriously. What could be more important than eternal life? Jesus thought we all had a right to it. And I agree with him. And I think we should amend our Constitution to safeguard this right for everyone by protecting the sanctity of marriage.

I don’t have to tell you what is at stake. If gays are allowed to marry, it will debase the institution for the rest of us and perhaps loosen its bonds. Liberals scoff at this. They wonder how my feelings for my wife Ann could be diminished by the knowledge that a gay couple somewhere just got married. What an odd question.

On abortion—some say I have changed my views. It is true that I once described myself as “pro-choice.” But again, ask yourselves, what did I mean? I meant that every woman should be free to make the right choice. What is the right choice? To have as many children as God bestows. I once visited the great nation of Nigeria and a met woman who was blessed to have had 24 children—fully two-thirds of which survived beyond the age of five. The power of God is beyond our understanding. And this woman’s faith was a sight to behold.

Finally, I would like to address the scandalous assertion, once leveled by the Texas Pastor, Robert Jeffress, that my church—the Church of Jesus Christ of Latter-day Saints—is “a cult.” In fairness, he almost got that right—the LDS Church is a culture. A culture of faith and goodness and reverence for God Almighty. Scientology is a cult—this so-called religion was just made up out of whole cloth by the science fiction writer L. Ron Hubbard. But the teachings of my Church derive directly from the prophetic experience of its founder, Joseph Smith Jr., who by the aid of sacred seer stones, the Urim and Thummim, was able to decipher the final revelations of God which were written in reformed Egyptian upon a set golden plates revealed to him by the angel Moroni. Many of you are probably unfamiliar with this history—and some of you may even doubt its truth.

I am now speaking to the base of our party, to the 60 percent who believe that God created this fine universe, and humanity in its present form, at some point in the last 10,000 years.  Let me make one thing absolutely clear to you: I believe what you believe. Your God is my God. I believe that Jesus Christ was the Messiah and the Son of God, crucified for our sins, and resurrected for our salvation. And I believe that He will return to earth to judge the living and the dead.

But my Church offers a further revelation: We believe that when Jesus Christ returns to earth, He will return, not to Jerusalem, or to Baghdad, but to this great nation—and His first stop will be Jackson County, Missouri. The LDS Church teaches that the Garden of Eden itself was in Missouri! Friends, it is a marvelous vision. Some Christians profess not to like this teaching. But I ask you, where would you rather the Garden of Eden be, in the great state of Missouri or in some hellhole in the Middle East?

In conclusion, I want to assure you all, lest there be any doubt, that I share your vision for this country and for the future of our world. Some say that we should focus on things like energy security, wealth inequality, epidemic disease, global climate change, nuclear proliferation, genocide, and other complex problems for which scientific knowledge, rational discussion, and secular politics are the best remedy. But you and I know that the problem we face is deeper and simpler and far more challenging. Since time immemorial humanity has been misled by Satan, the Father of Lies.

I trust we understand one another better now. And I hope you know how honored I will be to represent our party in the coming Presidential election.

God bless this great land, the United States of America.