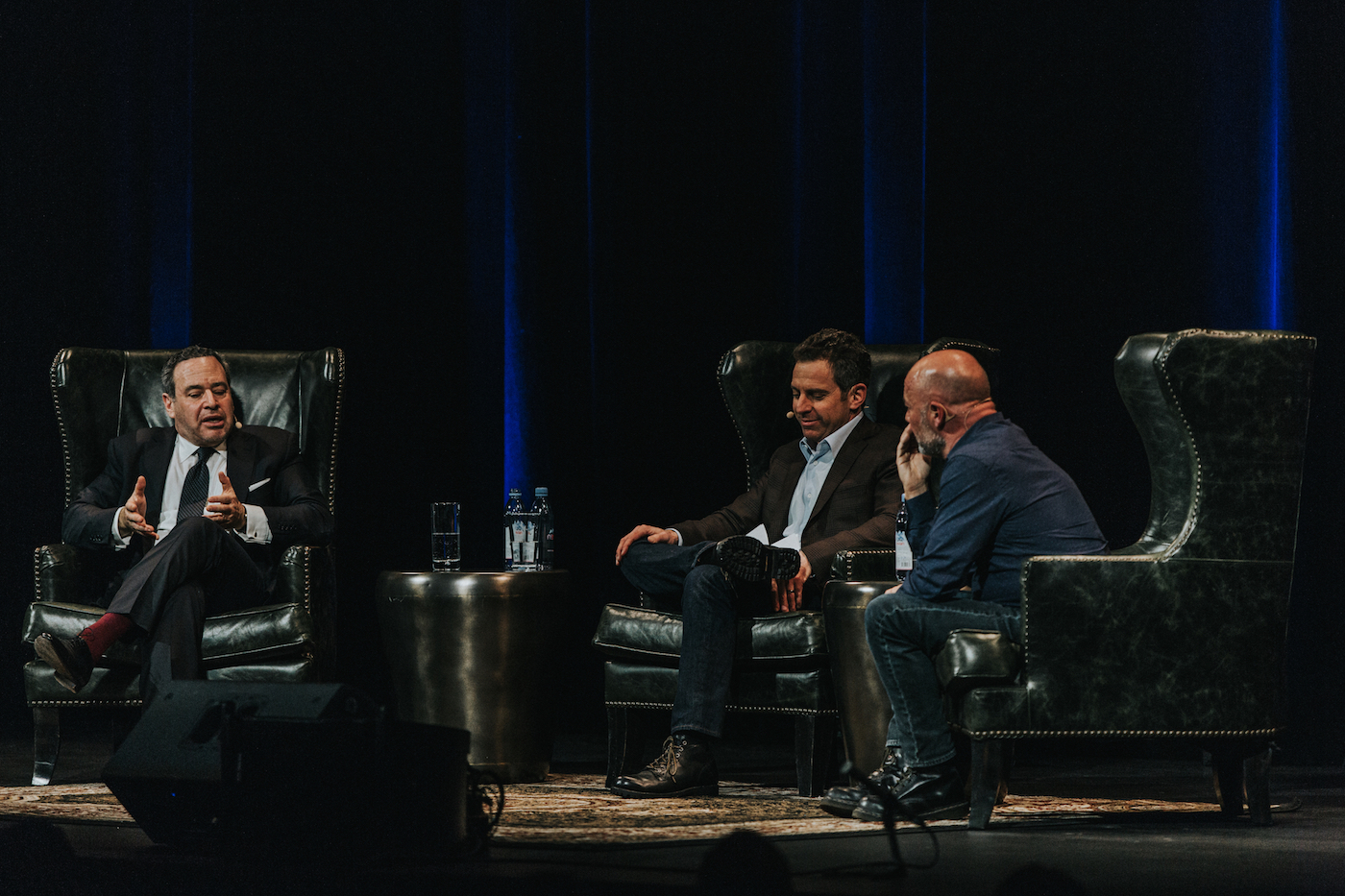 In this episode of the Making Sense podcast, Sam Harris speaks with David Frum and Andrew Sullivan about the Trump presidency, hyper-partisanship, how democracies fail, immigration, the lowering life expectancy in the U.S., racism, social media, the opioid crisis, marijuana legalization, religion, what a healthy politics might look like, and other topics.

David Frum is a senior editor at The Atlantic and the author of Trumpocracy: The Corruption of the American Republic, his ninth book. Frum spent most of his career in conservative media and research institutions, including the Manhattan Institute and the American Enterprise Institute. He is a past chairman of Policy Exchange, the leading center-right think tank in the United Kingdom, and a former director of the Republican Jewish Coalition. In 2001-2002, he served as a speechwriter and special assistant to President George W. Bush. Frum holds a BA and MA in history from Yale and a law degree from Harvard.

Andrew Sullivan is a writer at large for New York Magazine. He holds a BA from Oxford University in Modern History and Modern Languages and a PhD in government at Harvard University. He was editor of The New Republic from 1991 – 1996, and the creator of The Daily Dish, one of the first political blogs, from 2000 – 2015. A winner of three National Magazine Awards, he was also the weekly American columnist for the Sunday Times of London from 1996 – 2014. He wrote the first cover story and first book in favor of marriage equality in 1989 and 1995, an AIDS memoir, Love Undetectable, in 1998, and The Conservative Soul in 2006.