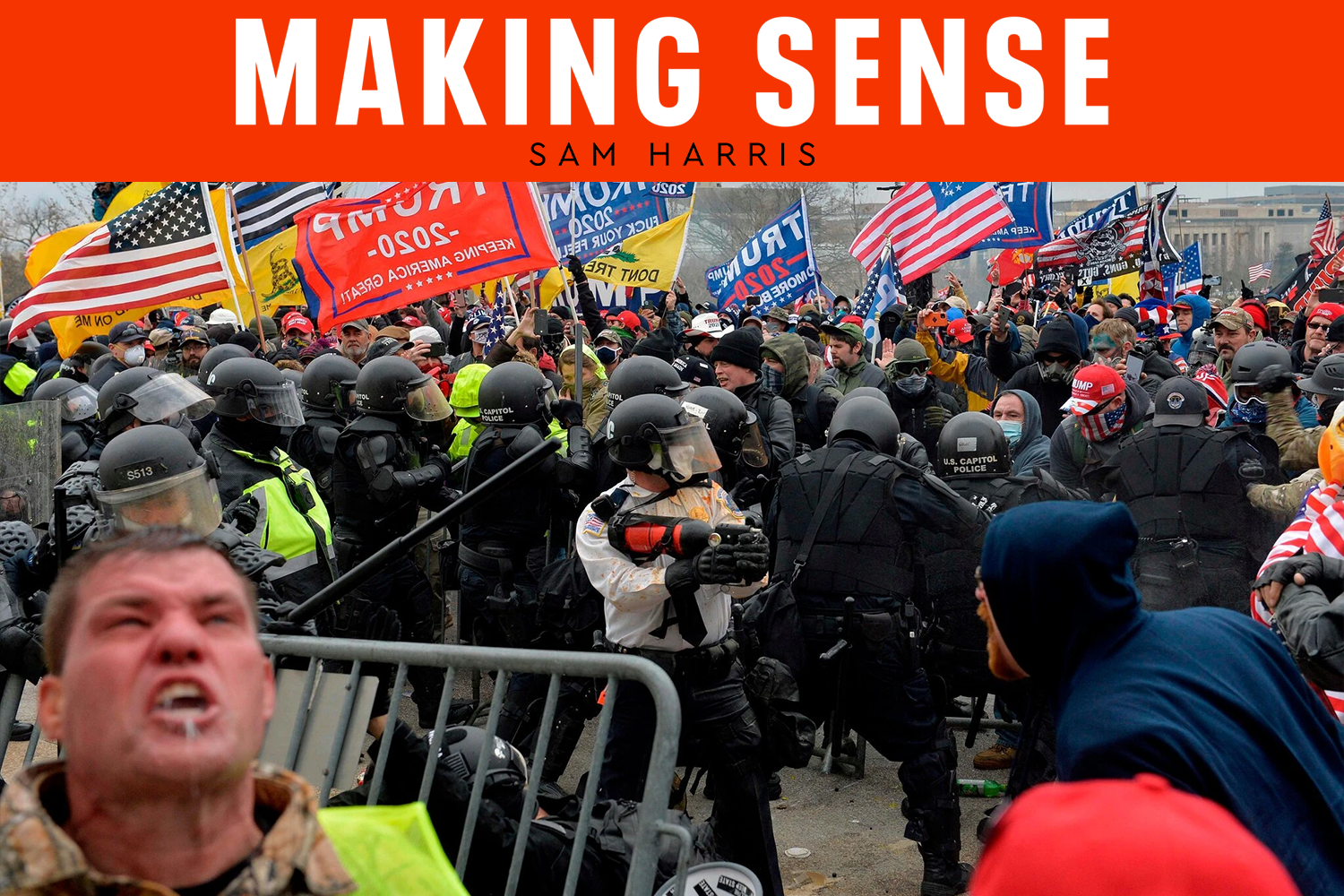 In this episode of the podcast, Sam Harris speaks with General Stanley McChrystal and Chris Fussell about the radicalization of the far Right under Trump. They discuss the events of January 6, 2021, the behavior of the Capitol police, the history of white supremacy in the US, the effect of banning extremists from social media, the logic of insurgency, the consequence of public lies, what should happen to Trump and his enablers, and other topics.

Stanley McChrystal retired from the US Army as a four-star general after more than 34 years of service. In his last assignment, he was the commander of all American and coalition forces in Afghanistan. He has written several books including a memoir titled My Share of the Task, which was a New York Times bestseller. Stanley is a senior fellow at Yale University’s Jackson Institute for Global Affairs, and he is the founder of the McChrystal Group leadership institute.

Chris Fussell is a Partner at the McChrystal Group and the co-author (with Stanley McChrystal) of Team of Teams: New Rules of Engagement for a Complex World, which was also a New York Times bestseller. Chris was a commissioned naval officer and he spent 15 years in the Navy SEALs in various points around the globe. He served as the aide-de-camp to General McChrystal during his final year commanding the joint special operations task force fighting Al Qaeda. Chris is on the board of directors of the Navy SEAL Foundation and is a lifetime member of The Council on Foreign Relations. Chris also teaches at the Jackson Institute at Yale University.

Together, Stanley and Chris host No Turning Back—a podcast that explores the future of leadership and teams with the world’s most consequential leaders.